Are you in the mood to eat some really good Asian food? Listed below are some particularly tasty suggestions!

External link, opens in new window. you can count on an Asian fusion concept that ticks all the right boxes. The appealing platters for sharing are a delight for both the eyes and the taste buds. And doesn’t food always taste better when you get to experience it with someone else? The basic philosophy here is to combine the best possible locally produced ingredients with exciting Asian flavours. A good tip is to test the Japanese omakase tradition that lets the chef decide. Omakase simply means "I will leave it to you!". Make sure you don’t miss their exciting and carefully composed drinks menu with typical flavours of Asia and Swedish forests. 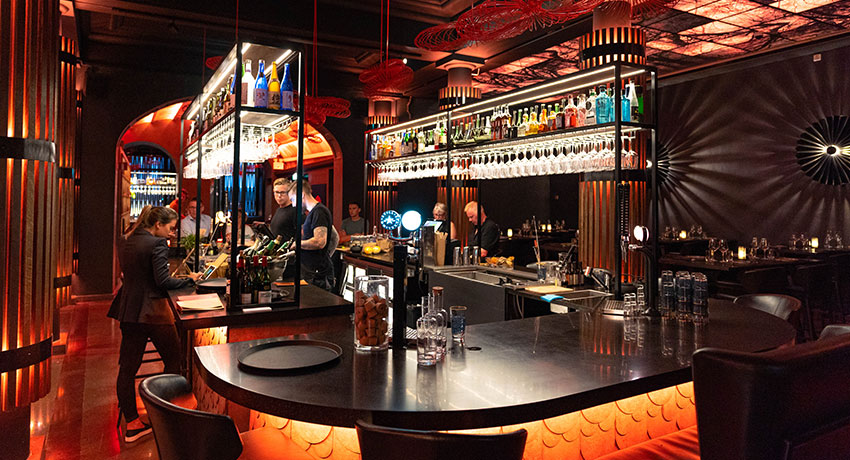 External link, opens in new window. opened in 2004. It focuses on simple, clean and traditional Japanese flavours with a menu that includes nigiri, maki, t-maki and ramen on Wednesdays. Sometimes, they also mix in Swedish flavours and ingredients, preferably locally produced, which are not usually used in Japanese cuisine.

Umai started out as a small sushi restaurant in Söndrum, eleven years ago. A lot has happened since then and today there are two restaurants after Umai City (swe)

External link, opens in new window. was inaugurated in the autumn of 2018. It serves high-quality dishes in the form of Asian tapas, sushi, main courses and exciting poké bowls. In addition, the restaurant has a variety of Japanese beers and a well-composed assortment of wines, bubbly and drinks.